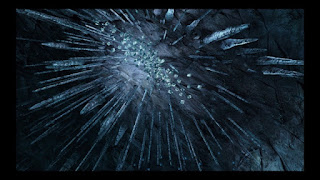 I'm not even sure where to start with Dear Esther: Landmark Edition. Normally I would give a little background information followed by a breakdown of the game as I responded to it. The trouble with Dear Esther is it isn't much of a game in terms of gameplay. Quite honestly there isn't any gameplay—walk, zoom, and look is it. But there is one thing Dear Esther does well and I'll get to that in a moment. 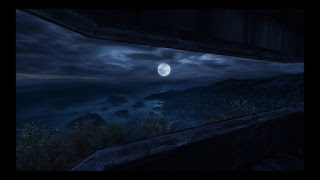 Throughout the game a narrator appears and maps out the history of a killed spouse to the audience via letters written by the husband of the deceased. The letters loosely imply the character’s wife was killed in an auto accident, but it's soon muddled by some back story of other island inhabitants, and the drunk driver.

The story of the prior inhabitants and the death of the character’s wife soon becomes white noise, though.  And I found it to have been disruptive more than inclusive, and the reason why is because of what the game does exceptionally. 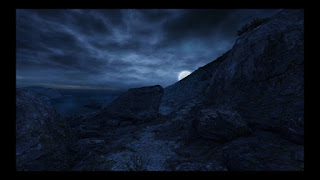 Dear Esther: Landmark Edition is a visual orgasm. The images are so real and lifelike, and the environment so believable, I quickly found myself shivering with the gusts of wind, hunching my shoulders over against the sea spray, and the chill of the caves that are explored within the game. At one point you explore a wrecked and decayed ship. As you walk through you feel immersed in the ribs of the broken ship and the emptiness of its cavity.

Although the game had a completely immersive environment, I could easily see people putting the game down and never returning to it, and that's in spite of its incredibly short story (I finished the game in an hour and twenty minutes, which could've easily been an hour had I not stopped for screenshots). 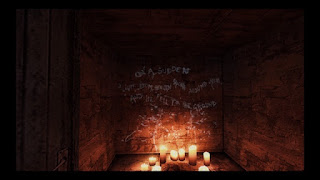 I would be hard pressed to say the game has replay qualities. One time through is more than enough. So be sure to take all the screenshots the first time.