Welcome to the LittleWatt Gameplay blog. This is where I preview, review, and share other thoughts in the gaming world. For this post I'm going to opine about my biggest gripe with gamers. 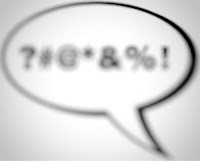 I respond to this type of complaining two ways, generally. One, all games are repetitive. This is especially true with shooter games and sports games. Shoot a bunch of adversaries, move to the next stage, shoot more adversaries. Wash, rinse, repeat. And sports games are simple enough to be self-explanatory. In fact many of my all-time favorite games are nothing more than the equivalent to Groundhog Day with Bill Murray.

The second type of response I give to gamers who growl and snarl over how repetitive a game is: If you can develop and produce a better game then do it. It's always easier to gripe about someone else's product than admit to yourself that you couldn't do any better. Let's face it, if you were that brilliant, you would be developing the best—non-repetitive—game ever made. And you would be laughing all the way to the bank.

If you don't like a game, that's fine. Not every person is going to like every game. That's why there are several different genres of games available. Developers and producers understand they have a specific customer base and they target that base. But don't use the excuse that a game is repetitive. Life is also repetitive. Get over it.

Posted by Glendon Perkins at 12:33