Welcome to LittleWatt Gameplay. Several weeks ago I was asked what game I had played that with the best story. I believe my response was something to similar to “I don’t know that I have ever played a game with a story or storyline. I mean where is the story in Madden Football or Gran Turismo? There isn’t one. And I suppose games like Metal Gear Solid and Tomb Raider 1, 2, 3, had some story to it but not much. And I’m certain Resistance: Fall of Man had a story but I wasn’t interested in doing anything in that game other than shoot the chimera and get to the end.
I recently finished DOOM (the 2016 release) and found it had a fairly decent story in it even if it was easily glossed over or dismissed altogether. The story had to be read, which easily slowed the game down from its balls-to-the-wall gameplay. Who wants to slow down to read anyway? It would be easy for me to argue DOOM had the best story in any game I’ve ever played. 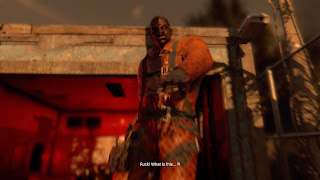 But that isn’t true anymore. Although, I’ve put several hours into Dying Light, I’m still only fifteen percent finished with the game. Now I’m not certain if all the side missions are included in the game completion percentage, and if they aren’t, then the game will move along quickly as I’ve only done a few main story missions. Compare that to seven or eight side missions or quests. Hell, I’ve even done a scene for a movie with some film director whose camera I tracked down during a side mission. And I have to say splattering forty zombies with a double barrel shotgun in under two minutes (I think) was great fun (I had forty-four seconds remaining).
Even though all that zombie killing is great fun, and gets even better once the player levels up and the weapons can be modified into serious zombie destroying tools, the story behind the game is equally good. There are some real-life politics and stereotyping in the game. Some high drama and backstabbing. And the commentary of the main character is wonderfully clever and witty. And the thing is, all the quests or side-missions are key into unravelling the entire story.
Initially, I found the controls to be complicated and not well thought out. But I was also coming off hours and hours of DOOM where all the controls had become second nature, and they were also fairly standard controls. But now that I’ve put more hours into Dying Light the controls are easily to handle and don’t feel nearly as cumbersome. (And with the acquisition with the grappling hook everything thing has become just a bit easier—you’ll need to be survivor level twelve to receive the grappling hook.) 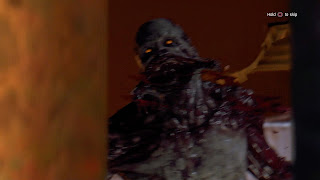 During the night missions, stealth plays a major factor in succeeding. Again with the grappling hook night missions will become far easier. During my first night mission, I was killed in short order but have successfully survived the night four times without even being noticed. Still, the stress level goes up quite a bit during the night, armed with the massively destructive double-barrel shotgun or not. (All those hours spent looting, accomplishing side missions, stealing airdrops from thieves, unlocking all the safe houses,and killing zombies will level you up quick enough to get specialty weapons. But you can craft one of the best weapons in the game right away—the Molotov cocktails. These bottles of flaming liquid will dispatch nearly all enemies, and multiple enemies, with little to no effort. One Molotov is good for a least six dead zombies all at once so long as they are grouped together. Nothing works as efficiently.
Dying Light is a must play game for anyone interested in first-person, zombie, horror, or survival games. And it has a wonderful story to boot.
Categories: bloggingDOOMDyinglightGranTurismoInitialThoughtslittlewattgameplay.comMaddenFootbalPlaystationTombRaidervideo games